RISEONLINE'S BLOCKCHAIN WORLD
Our life is actually like a massive multiplayer online game. We try to fulfill our role in the society in the most appropriate way to the norms of the society. Society assigns each individual a standard role with prime norms. Few talented and ambitious people struggle to break out of these norms. This struggle arises from the effort of differentiation inherent in the individual's nature. This differentiation effort creates the different mass of people we call “Success” in the society. In a real sense, this success comes only as a result of the natural separation of the innate talents of the true leaders within the society.
MMORPG games are the manifestation of this differentiation effort just like in the real world. Sometimes the victory in a battle arena, sometimes the importance of teamwork, sometimes the trade and sometimes the leadership, is the struggle of the players trying to go beyond the norms of the society.
Victory is always achieved by hard work with the right strategies and methods. Riseonline adds a new perspective to the Play and earn philosophy. Now, Riseonline goes beyond the classic and boring money making methods. Riseonline will work integrated with Blockchain and enable users to earn crypto assets within the game. Now is the time to add value to your time. Within the game, players will be able to earn Roco tokens which is the crypto asset of Rokosoft, while at Boss Events, they will be able to earn globally used crypto assets such as Bitcoin, Ethereum, Avax.
You can either use the Roco tokens you earn for in-game trading or turn them out of the game into any crypto asset you want via decentralized exchanges. Of course, the usecase of ??Roco tokens is not limited with these. Riseonline is making another revolutionary change. The purchase and sale of rare items such as Armor and Pets that can be used in-game can also be done as "NFT". In this way, players will have the opportunity to have very rare items that no one else can own, while at the same time they will be able to sell these items back as NFT in NFT Markets. In this way, transactions will be carried out on the blockchain network in a transparent and secure way. In a sense, an NFT exchange will emerge where valuable items in the game can be converted into NFT and sold. In this way, players will witness the transformation of the Play and Win philosophy into real-world asset.
Riseonline's solutions for players are not limited to these. Players may want to convert their very valuable items into real-world value. For this, either the p2p exchange method is tried out of the game or intermediary websites are used. While the first method is risky and unsafe, the second method causes loss of time and additional costs to the players. The Roco token works with a transferable payment gateway system. In this way, very valuable items can be safely exchanged for Roco tokens. Not only the buyer can trade with confidence, but also the sellers can convert their Roco tokens to real-world asset in seconds.
Riseonline is preparing for a revolutionary transformation. It will also perform this transformation on the Avax network. Avax network offers the best solution among users with its low commission and high speed advantage. Let's experience this great transformation together.

CRYPTO BOSS EVENTS
Riseonline integrates blockchain technology into its game by partnering with Rokosoft. In addition to the NFT Marketplace, where in-game items will be bought and sold as NFT, integration has begun, where Roco tokens will be used in-game. Players can now receive Roco tokens from all monsters in the game as a drop. In this way, they will be able to buy rare items from the NFT Marketplace if they want, while earning real world income.
In the Boss events that Riseonline will hold periodically, users will earn prizes such as Roco, Bitcoin, Ethereum, Avax. While they will earn ethereum by defeating the Vitalik Boss, they will also be able to earn Bitcoin in the relentless fight against the Satoshi Boss.
We take the Play and Win philosophy one step further for you. In order to be the hero of this great struggle, we invite you to be a part of this great epic. Riseonline is preparing for a revolutionary transformation. It will also perform this transformation on the Avax network. Avax network offers the best solution among users with its low commission and high speed advantage. Let's experience this great transformation together.

NFT MARKET HAS BEEN LAUNCHED
NFT (non-fungible token) is a unit of data in a digital ledger called a blockchain that can represent a unique digital item and is therefore not interchangeable. NFTs can represent digital files similar to art, audio, video, elements in video games, and other forms of creative work. While these digital files themselves can be endlessly re-copied, the NFTs that represent them are tracked on underlying blockchains and provide buyers with proof of ownership. Blockchains like Ethereum, Avax, BSC each have their own token standards to define their NFT use. NFT is a unit of data that can represent a unique digital item, stored in the blockchain (digital ledger). Unlike cryptocurrencies such as Bitcoin and many network or utility tokens, NFTs are a cryptographic token and are not mutually exchangeable.

WHAT IS DIFFERENT FROM OTHER CRYPTO ASSETS?
“Non-Fungible Token” means a digital asset (token) that cannot be divided and cannot be produced again. Unlike cryptocurrencies like Bitcoin and Ether, which are "fungile", NFTs are unique digital assets. To explain with an example, today you can buy a Bitcoin or Ether in parts and exchange the same cryptocurrency in its own unit. However, as a private digital asset, NFT cannot be exchanged for any other token as it is unique. Its intrinsic value is determined by its producer or investor. The only thing needed to generate NFT is a digital cryptocurrency wallet. After the file to be produced as NFT is uploaded to the IPFS system through these platforms, the parameters of the NFT that cannot be changed are determined. NFTs are produced by paying the transaction fee of the blockchain network after determining how many NFTs will be produced, the price, how much share will be paid in the next sale, etc. With the completion of the transaction, the NFTs are transferred to the crypto wallet and recorded on the entire blockchain where the production is carried out.
The rapidly developing gaming industry is the most productive sector open to the development of new business models and features. And especially in the gaming industry, the value of assets equals experience. NFT offers a new way for players to create and monetize their own experience. Until now, all the power was in the game companies, but with NFT, the power can be in the hands of the player. All player-driven economies can now be created with cryptocurrencies and NFTs. Riseonline also brings this financial freedom to its users. Imagine in-game currencies turned into an NFT with real-world transfer. Giving players a real chance to own their property creates extra excitement for the next game or spend. The reason why it is valuable as a collector's item is that it is an emotional and cultural memory. NFT gives you the chance to immortalize what is precious to you.

IS NFT AN INVESTMENT TOOL?
NFTs are different from other cryptocurrencies by their design, and their value is determined by the person or investor who produces the work rather than the order board. If the investment issue is interpreted through digital artwork, it is not much different from investing in physical artwork. Similarly, the value of an asset purchased as a collector's item is determined by parameters such as how rare the asset is, age and cosmetics.
Riseonline is making another revolutionary change. The purchase and sale of rare items such as Armor and Pets that can be used in-game can also be done as "NFT". In this way, players will have the opportunity to own very rare items that very few people can own, while at the same time they will be able to sell these items back as NFT in NFT Markets. In this way, transactions will be carried out on the blockchain network in a transparent and secure manner. In a sense, an NFT exchange will emerge where valuable items in the game can be converted into NFT and sold. In this way, players will witness the transformation of the Play and Win philosophy into real-world value. 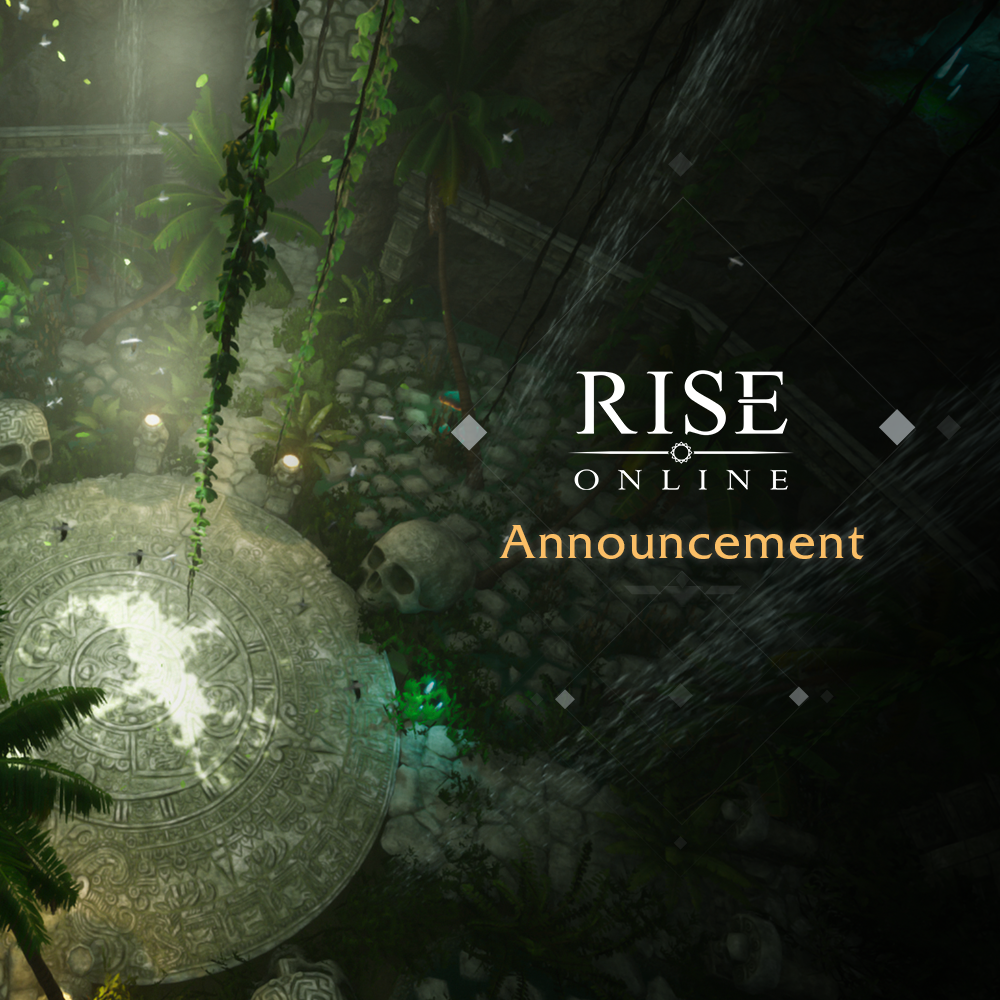 What did we do? What we will do? 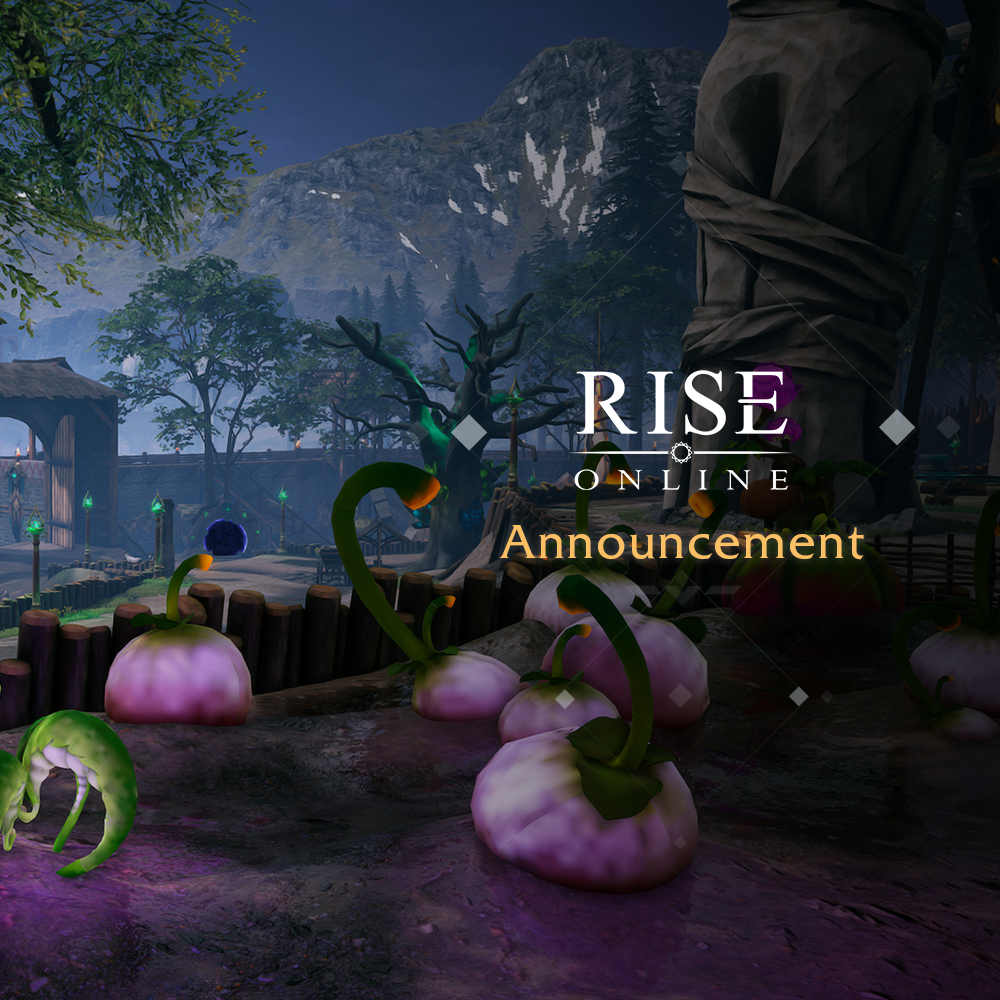 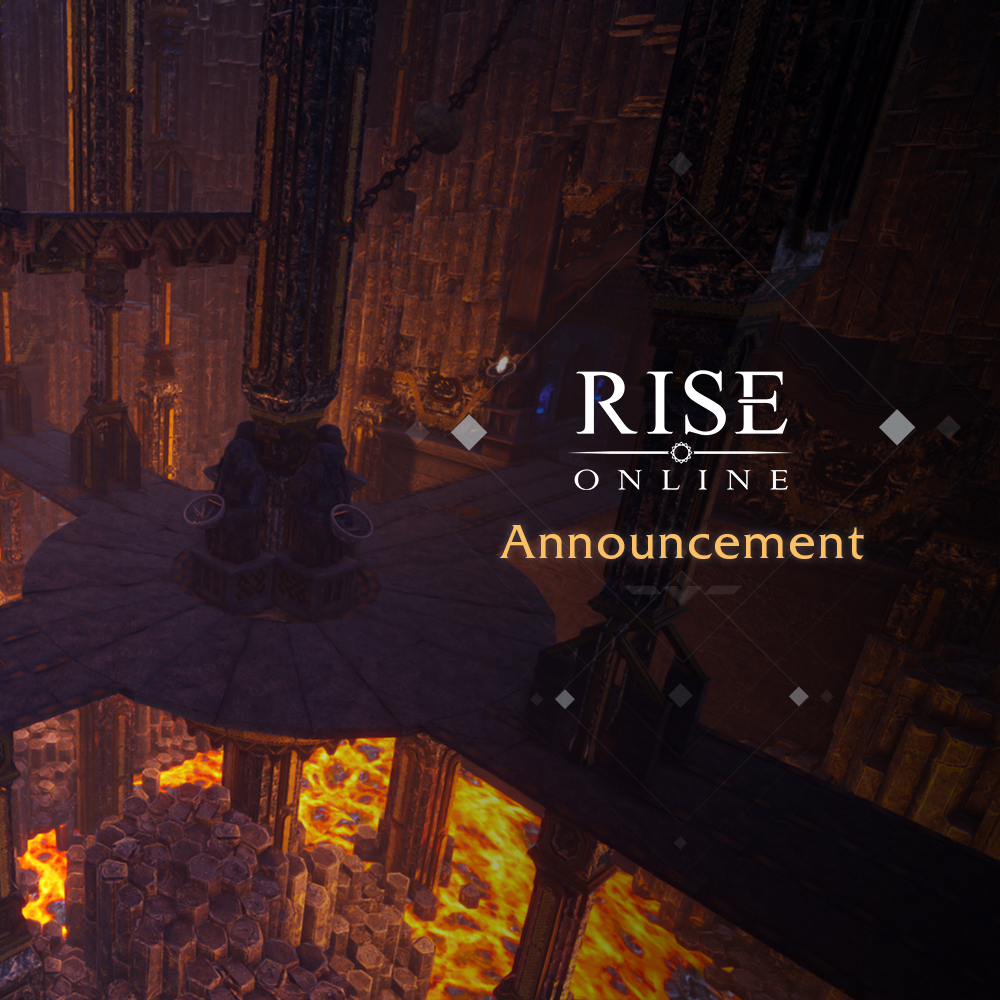 We think we need to talk a little bit.. 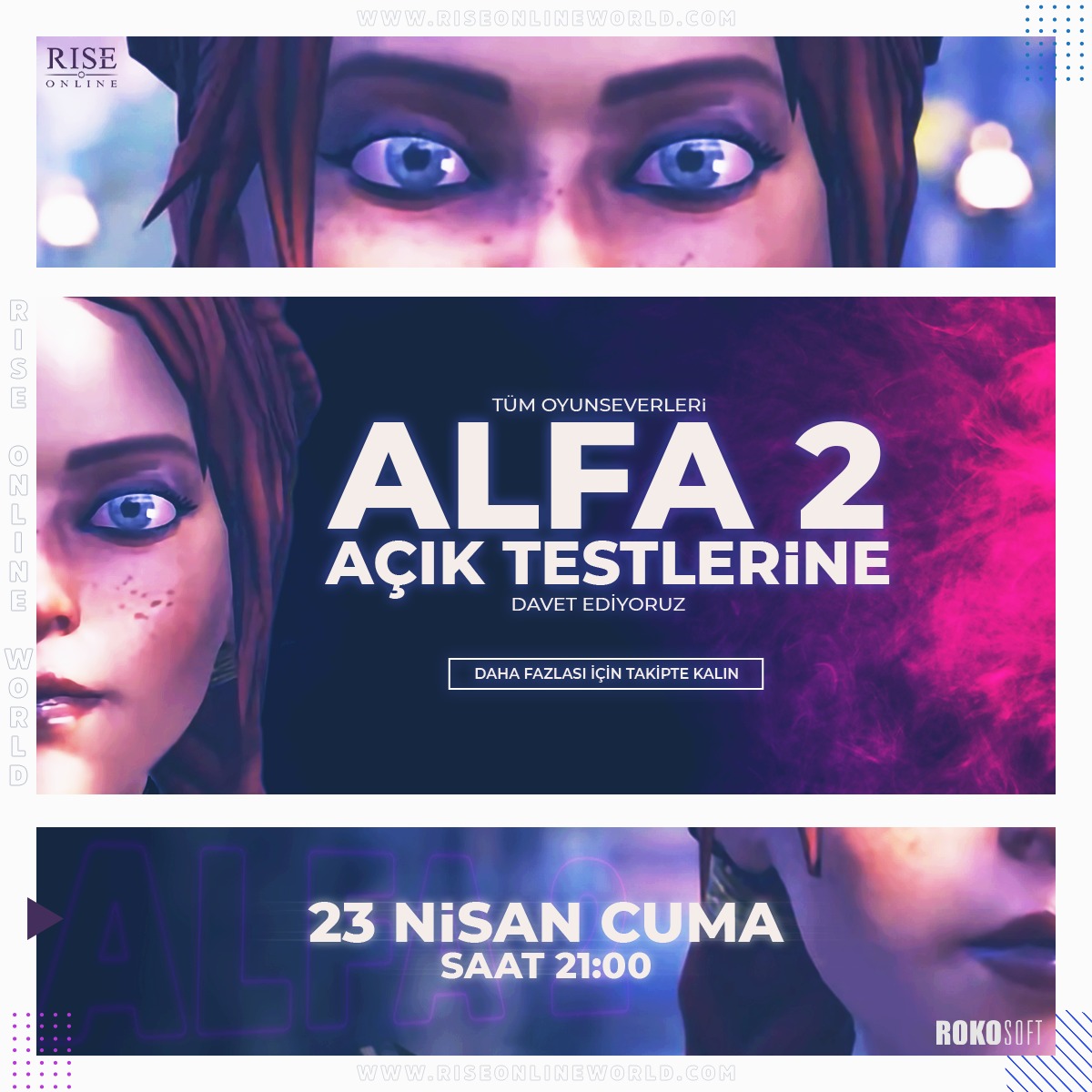 Alpha 2.0 date has been announced and on this date we are as happy as children again!!

Alpha 1.0 is now over. Nearly 3000 support requests seem to show that we still have a ways to go.

The delay is over. This time we're coming. For the date of Alpha 1.0, write to this article now!

Alpha mails have been sent. Don't forget to check your mailbox!

Rise Online World is now available for download. But we need a little more time. We may be a little late. 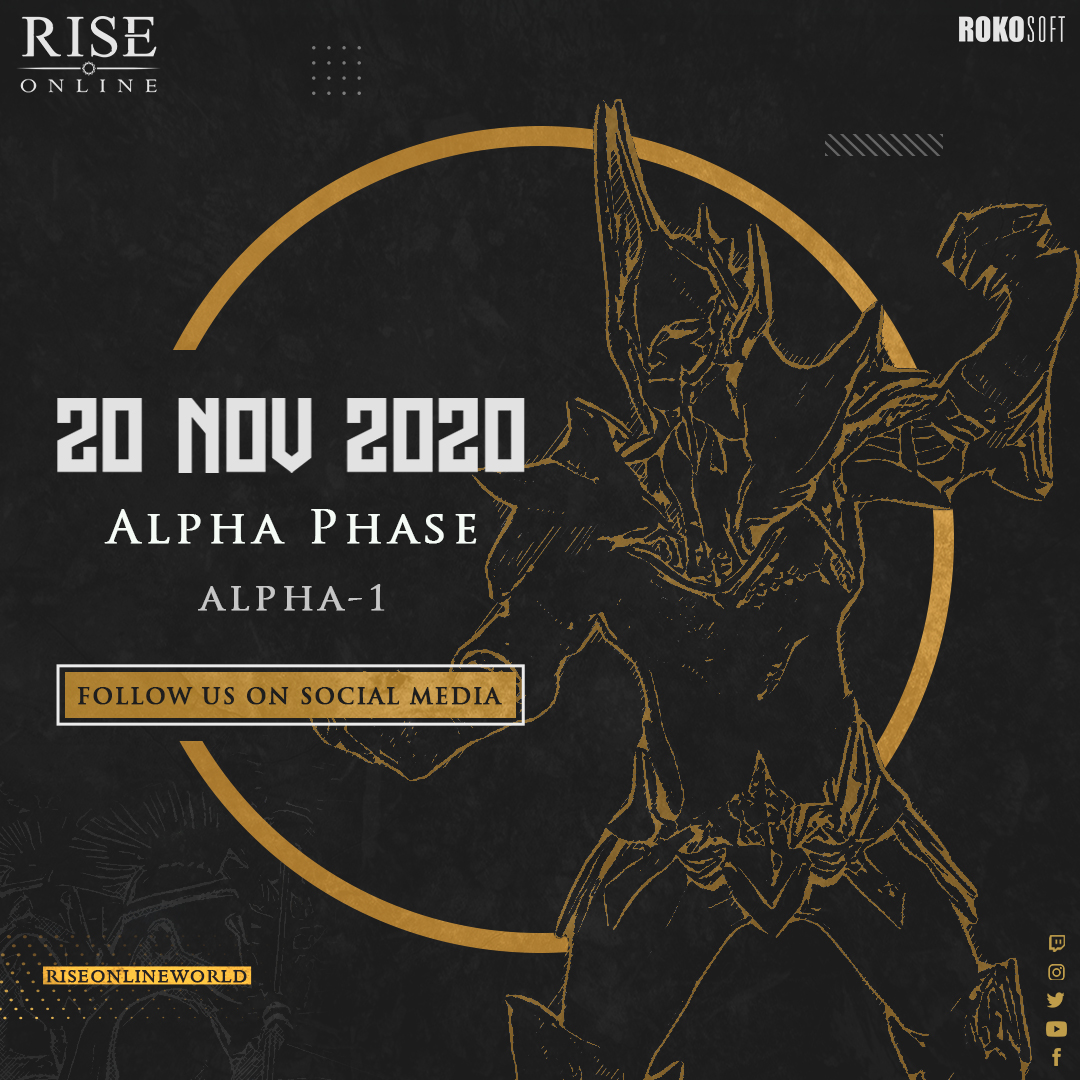